You are here: Home / Health & Healing / The Will 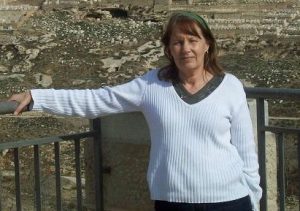 God gave us a free will. This is a great and wonderful gift. Even He respects it and does not want to crush and dominate our will but has given us freedom of choice concerning matters in this life and eternity. He wants us to follow Him out of our own free will, not out of force. Our free will gives us enormous responsibility and we all know that we need to grow and mature to be able to make good, sound and right choices. We need a strong, healthy will to be able to follow God, to be able to say Yes and to say No when we need to.

The passive will
The will can be passive. This can be caused by overprotective or dominant parents who have not allowed or have hindered a child from making his/her own choices. This is typical in some cultures. Maybe you have heard this phrase: Children need to be seen but not heard. The parents have always chosen food, clothes, toys and everything for their children not letting them develop their own taste and will, and they got used to depending on the choices of others.

The will can become passive even later in life. Perhaps you used to be ambitious having dreams and plans which failed or were crushed for one reason or another causing you to give up and lose your hopes and dreams for the future. Your will became passive.

If the will is passive, life with its requirements, demands and responsibilities is a heavy burden making you anxious. You feel unaccepted and judged, often limited and hindered by thoughts about your gender, education, family background etc, when facing new challenges and opportunities in life. You see circumstances more threatening than they really are and see yourself defeated before you even start, just like the spies who came from the Promised land with the evil report telling that they saw there giants.

People with the passive will need a lot of encouragement and they also need God’s healing and restoring power. The healing pattern is the same as before: Allowing the Holy Spirit to reveal wounds, hurts and circumstances when and why the will started to become weak and passive. If there are other people involved, they have to forgive them and let the blood of Jesus heal their inner wounds. They also need the renewal of their minds by reading and speaking out God’s word. They need a new way of thinking instead of former negative thought patterns. A good verse to meditate: I can do everything through him who gives me strength. (Phil 4:1)

The people controlled will
Our will can be controlled or bound to other people in a wrong way that we are seeking their praise and acceptance, wanting to please people instead of following God. He wants to set us free from seeking praise or attention from other people. We need to know that we are all the time at the center of His attention. What more do we need? He does not want us to fear people either. We are servants, but not bound to people in an incorrect way losing our own personal freedom of choice. Though I am free and belong to no man, I make myself a slave to everyone, to win as many as possible.( 1 Cor 9:19)

The demonic influenced will
Luke 8:29, Mark 5:5. This man was tormented and bound by evil spirits doing destructive things that he didn’t want to do but was forced by the evil spirits.

“Night and day among the tombs and in the hills he would cry out and cut himself with stones.” Demons caused these destructive behavior patterns and wrong choices, but in the presence of Jesus the man’s will was free and he made a choice to accept Jesus and he was delivered.

The demonic influenced will can manifest itself in many different ways causing mental and physical torment. No-one should suffer under demonic influenced will. Jesus paid the prize at the cross and won the victory over all the demonic powers and forces. There is no need to be bound by them. Those wanting to get delivered should seek help from Holy Spirit filled pastors and intercessors who will pray for them using their authority in the name of Jesus to cast out those powers of darkness. Mark. 16:17