You are here: Home / Social Issues / The High Cost of Immorality

The High Cost of Immorality 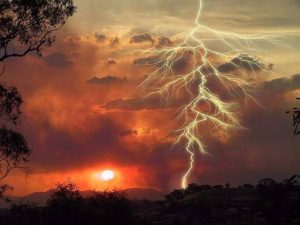 Proverbs 14:34 (NLT) Godliness makes a nation great, but sin is a disgrace to any people.

The demise of nearly every nation throughout history has come about due to moral rot of one sort or another. Whenever immorality is allowed to prevail in any society it will mark the eventual collapse of that people.

Western civilization was founded upon a biblical worldview. This worldview was the driving ethos of the West, and served to bring about great social, political, and economic reforms. While they were never perfect because imperfect people will always have corruption that taints anything they do, they have been a far cry better than that of any other nation or society.

Beginning in Europe, and eventually spreading to the United States, and Canada, the West has abandoned a biblical worldview in favor of a material view of the world. This worldview removes the notion of God ruling over the affairs of men and nations, and imagines that all that exists is the material world.

Since the material man imagines himself to be his own highest governing moral agent, the moral absolutes that use to serve as restraints upon society have been cast aside in favor of a more egocentric form of morality, where everyone does what is right in their own eyes.

The natural result is easily witness in what used to be forbidden is now regularly celebrated. What once was seen as perverse is now called freedom of expression. What used to be recognized as sinful is now the norm. We are like a ship that has been lost in a bank of fog. It is only a matter of time before we are dashed to pieces upon the rocky shores ahead.

Isaiah 5:20 (NKJV) Woe to those who call evil good, and good evil; Who put darkness for light, and light for darkness; Who put bitter for sweet, and sweet for bitter!

Modern man vainly imagines that society can continue on indefinitely in this drunken stupor. While he remains completely oblivious to the danger that is clearly growing all around him. Yet be assured that a nation and people will reap what they sow, no matter how they try to deny this fact.

Galatians 6:7-8 (Amplified Bible) 7 Do not be deceived and deluded and misled; God will not allow Himself to be sneered at (scorned, disdained, or mocked by mere pretensions or professions, or by His precepts being set aside.) [He inevitably deludes himself who attempts to delude God.] For whatever a man sows, that and that only is what he will reap.8 For he who sows to his own flesh (lower nature, sensuality) will from the flesh reap decay and ruin and destruction, but he who sows to the Spirit will from the Spirit reap eternal life.

The Rocks of Destruction: Let’s take a look at some of the most obvious moral consequences that we are facing today. This is by no means an exhaustive list, but it serves to make my point.

The Decay of the Traditional Family: By traditional family I am referring to a family consisting of one man, and one woman who are married. No other factor is having a greater adverse affect upon Western civilization than the disintegration of the traditional family.

Single parent homes experience a much higher level of poverty.

Boys and girls who lack either a male or female positive parental role model suffer from a variety problems.

When children are raised in a non traditional family, society as a whole must increase its support to deal with the problems that are created by this void.

I consider the lack of good fathers to be the single most destructive threat to families. While this is not intended to diminish the role of mothers, without a good father families face a greater disadvantage.

Sexual Immorality: Sexual immorality always plays a major role in the decline of the family. Pornography is absolutely destroying families all over the world. I believe that every form of pornography should be immediately banned from every nation.

All pedophiles and sexual predators are involved in some sort of pornography. Rather than dealing with the cause, we seem determined to continue to treat the symptoms by jailing these people, or notifying society that they are at large.

Hollywood, the internet, and the music industry are the greatest purveyors of sexual filth, yet refuse to accept any responsibility for the ills of society. There was a time when Hollywood censored itself, and no one was any worse off because we couldn’t hear the F word, or see unmarried people copulating in the movies. Clark Gable was actually denied an academy award because he said damn in ‘Gone With the Wind.’ How far we have fallen.

Whenever people speak of censoring sexual content people begin to scream bloody murder. Yet we seem to see nothing wrong with the censorship of cigarettes do we? Cigarette advertisers are not allowed to promote their products in news papers, on television, or in ads that are readily available to children or youth. Society does so because we recognize the negative consequences of smoking, and second hand smoke. Don’t you think that it’s time that we do the same with second hand sex?

“Nothing is more certain than that a general profligacy and corruption of manners make a people ripe for destruction. A good form of government may hold the rotten materials together for some time, but beyond a certain pitch, even the best constitution will be ineffectual, and slavery must ensue.” John Witherspoon, The Dominion of Providence Over the Passions of Men, 1776

Removal of Biblical Precepts from Education: The main problem with public education does not consist so much in what is taught, as in the biblical morals that are not taught. “No people will tamely surrender their Liberties, nor can any be easily subdued, when knowledge is diffused and Virtue is preserved. On the Contrary, when People are universally ignorant, and debauched in their Manners, they will sink under their own weight without the Aid of foreign Invaders.” Samuel Adams, letter to James Warren, November 4, 1775

Public education has served as the primary disseminator of moral relativism for decades, and then we are shocked when people ruthlessly gun down kids in our schools. They are simply acting on what they have been taught. That life has no value, and that eternity is not to be feared because God is not real, and hell is a myth.

A Corrupt Judicial System: The judicial system of the United States is broken. Judges have far too much power, and the idea of justice for all has nearly vanished. Let’s face it, if you have a great deal of resources at your disposal to hire expensive lawyers you can buy justice. If you don’t then you are pretty much dead in the water.

Now this is not to say that all lawyers and judges are corrupt, or unjust. However, far too many people are incarcerated for minor crimes, where they sit in jails or prisons. Most of these people are not only not rehabilitated, but often become even more of a threat to society when released.

The United States has more people in prison than any country on earth. So rather than recognizing that we need to teach people biblical morals at a young age, so these can serve as a deterrent to crime, we simply build more prisons.

Just consider the major corruption that is taking place within many major U.S. banks as an example. Numerous large banks like HSBG have been caught laundering money for drug cartels, and terrorist organizations. What type of justice do they receive? A slap on the wrist in the form of a fine, while their CEOs rake in hundreds of millions in personal profits. No one goes to jail, and no one is barred from this profession. Now consider the severity of punishment to the average citizen for tax evasion, or other crimes that affect far fewer people.

This is taking place because the restraints of biblical absolutes have been removed from our nation. “Republics are created by the virtue, public spirit, and intelligence of the citizens. They fall, when the wise are banished from the public councils, because they dare to be honest, and the profligate (decadent, wasteful) are rewarded, because they flatter the people, in order to betray them.” Joseph Story, Commentaries on the Constitution, 1833

Removal of Biblical Principles from the Public Forum: Let’s face it. Nearly every major university, news organization, or government institution has been completely stripped of any biblical influence. As a result, we have everything from Marxist ideology, atheism, and every other malady driving the major influences of the public forum.

Can we honestly say that our country is better off today as a result of the rise of these influences? The statistics speak for themselves, and no amounts of human gymnastics are going to solve the problems that are looming on the horizon.

Violent crime in the United States is at epidemic proportions, and the best man can do is suggest that we take guns away from law-abiding citizens, so that only criminals, and a corrupt government have arms.

We have killed over 50 million babies in the womb, and wonder why our birth rates are dropping to dangerous depopulation numbers. The blood of the innocence is crying out from the grave, and then we wonder why infertility is so rampant, and how to stop the killing of our children through violent crime.

The West has abandoned the God of the Bible, and replaced Him with the idols of man’s making. Human arrogance keeps man from acknowledging his sin, and humbling himself. Rather than seeking the face of God, and calling for national repentance, and prayer, our leaders and citizens just continue on with the mantra that we can solve our own problems.

We never so much as hear a suggestion that perhaps we are reaping what we have sown. Perhaps global warming has more to do with the consequences of sin than carbon monoxide. Or maybe the reason we are experiencing record-breaking natural disasters is due to God removing His protection from our nation.

Consider the words of president Abraham Lincoln as a solemn warning to the United States and other Western countries. “We have been the recipients of the choicest bounties of heaven. We have been preserved, these many years, in peace and prosperity. We have grown in numbers, wealth and power, as no other nation has ever grown. But we have forgotten the gracious hand which preserved us in peace, and multiplied and enriched and strengthened us; and we have vainly imagined, in the deceitfulness of our hearts, that all these blessings were produced by some superior wisdom and virtue of our own. Intoxicated with unbroken success, we have become too self-sufficient to feel the necessity to pray to the God that made us! It behooves us, then to humble ourselves before the offended Power, to confess our national sins, and to pray for clemency and forgiveness.” President Abraham Lincoln, April 30, 1863.