You are here: Home / Discipleship / The Foolishness of the Cross

The Foolishness of the Cross 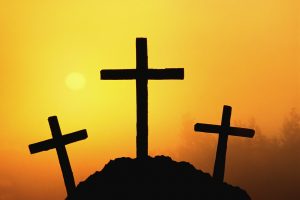 Human pride stumbles over the simplicity of the gospel message, because childlike faith is far too lowly for the pride of man to accept.

God purposely ordained that man would never find Him apart from the foolishness of the cross.

(1 Corinthians 1:18-21 NLT) I know very well how foolish the message of the cross sounds to those who are on the road to destruction. But we who are being saved recognize this message as the very power of God. {19} As the Scriptures say, “I will destroy human wisdom and discard their most brilliant ideas.” {20} So where does this leave the philosophers, the scholars, and the world’s brilliant debaters? God has made them all look foolish and has shown their wisdom to be useless nonsense. {21} Since God in his wisdom saw to it that the world would never find him through human wisdom, he has used our foolish preaching to save all who believe.No amount of human philosophy or wisdom will ever unveil the ways of God.

This is perhaps the greatest stumbling block that has existed throughout the ages. People imagine that God must bend to their feeble intellectual demands, or else they refuse to believe. Yet God has already done so through Jesus Christ, who willingly humbled Himself, and took upon the role of a servant so that He might identify with lost humanity. What an amazing salvation that the Creator would become one with those He created. That the King would willingly become a slave, all because of His great love for us.

Yet man in his arrogant pride refuses to acknowledge his sin, and humble himself under the mighty hand of God, thus rejecting this great work of salvation. Instead he rants against the God who made him, and carries on in his stubborn rejection of the truth. All the while claiming that the message of the cross is too foolish to accept.

(1 Corinthians 2:12-14 NCV) Now we did not receive the spirit of the world, but we received the Spirit that is from God so that we can know all that God has given us. {13} And we speak about these things, not with words taught us by human wisdom but with words taught us by the Spirit. And so we explain spiritual truths to spiritual people. {14} A person who does not have the Spirit does not accept the truths that come from the Spirit of God. That person thinks they are foolish and cannot understand them, because they can only be judged to be true by the Spirit.