You are here: Home / Archives for culture 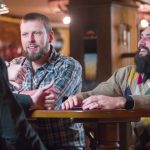 Does it kind of feel like folks have lost their minds?  That we’ve taken a collective walk through the looking glass and nothing is logical, nothing really makes sense? That you can look people square in the eye, assert a scientific, biological fact such as “if you have an x and a y chromosome and… Read More » 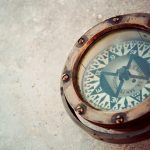 by JOSEPH G. MATTERA During the days of Nazi Germany there arose a Confessing Church movement that rose against the German Church movement, which became the religious arm of the Fascist Nazi Socialist movement. Of the 18,000 pastors in Germany during that time (from 1933 to 1945), less than 5,000 were aligned with the… Read More »

I recently read an article about seeker friendly churches which basically stated that seekers are no longer seeking. In the article the author sighted a recent Pew Research Center study that reveals that most Americans do not attend church regularly, and that more and more Americans have no religious affiliation at all. Actually, this segment… Read More »