You are here: Home / Events / Pentecost – Shavuot – Feast of Weeks 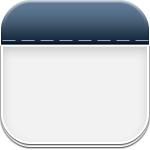 The Feast of Pentecost or Shavuot has many names in the Bible: The Feast of Weeks, the Feast of Harvest, and the Latter Firstfruits. Celebrated on the fiftieth day after Passover, Shavuot is traditionally a joyous time of giving thanks and presenting offerings for the new grain of the summer wheat harvest in Israel.

The name “Feast of Weeks” was given because God commanded the Jews in Leviticus 23:15-16, to count seven full weeks (or 49 days) beginning on the second day of Passover, and then present offerings of new grain to the Lord as a lasting ordinance. The term Pentecost derives from the Greek word meaning “fifty.”

Initially, Shavuot was a festival for expressing thankfulness to the Lord for the blessing of the harvest. And because it occurred at the conclusion of the Passover, it acquired the name “Latter Firstfruits.” The celebration is also tied to the giving of the Ten Commandments and thus bears the name Matin Torah or “giving of the Law.” Jews believe that it was precisely at this time that God gave the Torah to the people through Moses on Mount Sinai.