A TIME FOR DISCERNMENT

A TIME FOR DISCERNMENT – by Timothy Jerry 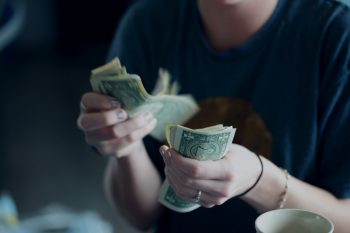 “If they can make you believe absurdities, they can make you commit atrocities.” -Unknown
I would urge anyone to be extremely careful about the news and information they are hearing and how they are processing that information. We have been lied to on multiple fronts and subjected to carefully crafted propaganda campaigns for so many years.
Notice that the global banking industry is working with countries to seize Russian finances. These actions are having a devastating effect on Russia’s ability to carry out its’ invasion of Ukraine. At face value, this may seem great, especially in light of the suffering of the people of Ukraine. But notice that this is sending a message that globalist nations can now take control of an entire nation’s assets in the name of the global greater good. If they can seize a nation’s assets, they can seize an individual’s finances as well.
I have come to the place where I do not trust anything the national news media is reporting. I do not doubt that this war in Ukraine has been perpetrated by globalist to bring about a global financial reset. They now have global sentiment entirely turned against Russia. So now the Biden administration is telling us a cyber attack is coming from Russia. I have no doubt a financial cyber attack is coming, but it will likely be carried out by our own government leaders in cooperation with the globalists who are their puppet masters. How hard will it be to convince the public that Russia is to blame. Perhaps it will be Russia, but I am now more suspicious of our own government than Putin. Just consider the number of blatant lies we have been told by government leaders over the past two years.
The global banking industry has been pushing a digital currency for decades. They have just needed the right crisis to use as a front to get people to comply with their plans. The Russian invasion of Ukraine is already being used as an excuse to convince people that we must assure the world that these invasions are no longer allowed. They will propagate the message that a global new world order is necessary to save the planet from ruthless thugs like Putin. What they won’t tell you is that you will be forced to surrender your freedoms to a totalitarian global communist government.
Take note, that in the middle of a government created global energy crisis the climate cult leaders who are running the Biden administration, are calling on Biden to declare a national climate emergency. This will give the government sweeping powers to impose even more government mandates upon working class Americans.
I do not doubt that we are heading for a very real global financial crash. This will be used introduce a digital currency that can be programmed so that the government can track and control where you spend your money. If you step out of line they will shut down your bank account or seize your assets. Just take a look at what is taking place in Canada, with the truckers and farmers. This is exactly what these global fascists have planned for the entire world.
I would urge you to begin to turn at least some of your assets into tangible goods. Gold and silver are tangible. Items you can use to barter with are tangible goods.
We are not exactly sure how long we have before this all comes down, but I am fairly certain that the Russian invasion of Ukraine will be used as a catalyst to bring this about. Be assured that as soon as we get to the mid-term elections in November, we will see a new push of COVID mandates.